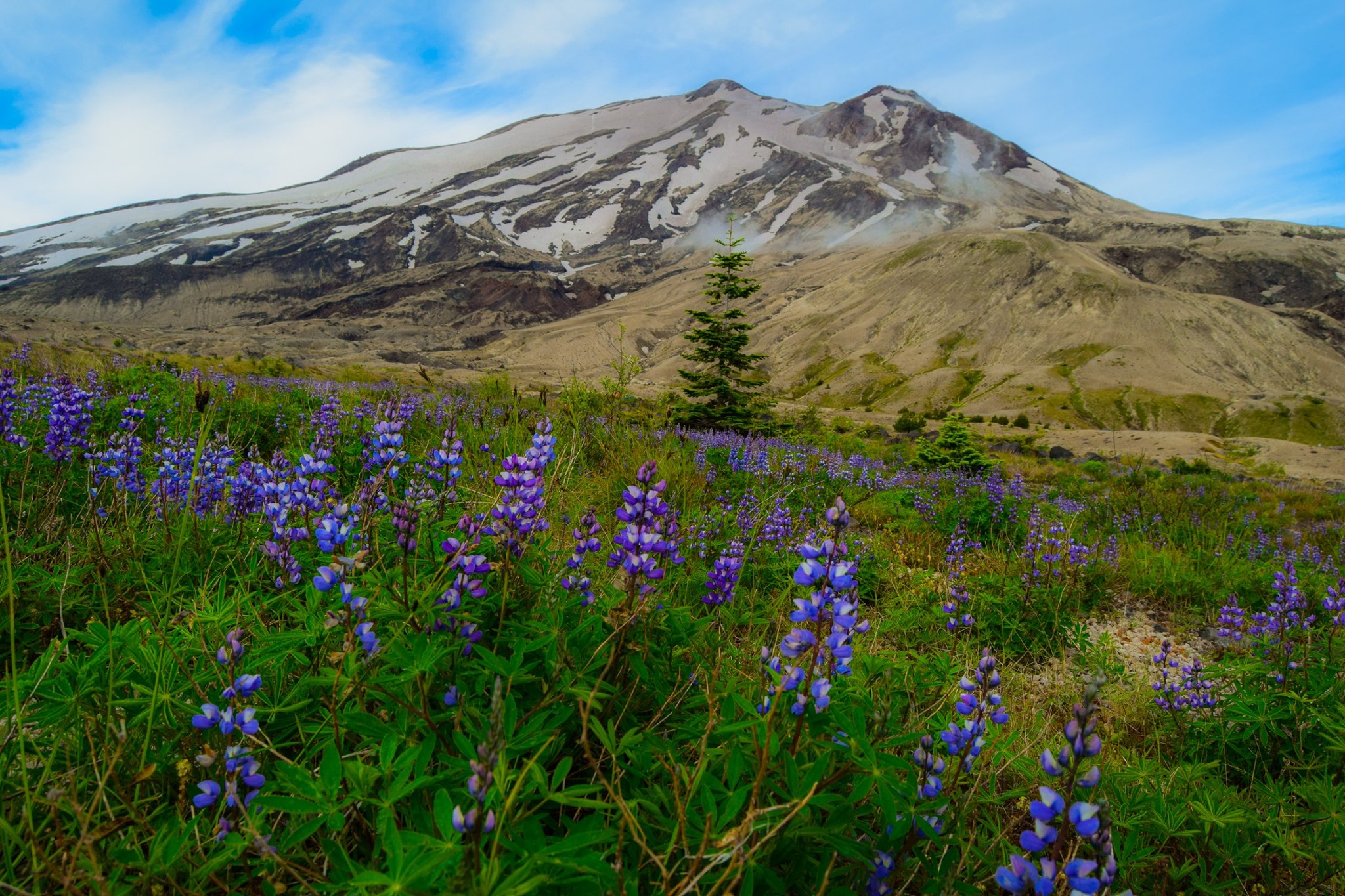 Similar to Rainer’s Wonderland Trail, Adam’s Round-the-Mountain Trail and Hood’s Timberline Trail, the Loowit Trail around Mount St. Helens is nothing short of spectacular. Like the other perimeter loops, the Loowit Trail circumnavigates St. Helens midway between its foothills and erupted summit. If you enjoy solitude, navigation challenges, eye-popping vistas, and fascinating geology, you’ll definitely want to add the Loowit Trail to your list.

The Loowit Trail spans varies, between 30 and 36, depending on the trailhead. The elevation gain is around 6,000 feet. The trail is usually done as 2-3 day backpacking trip. The Loowit Trail maintains an elevation between 4,500 and 4,800 feet. 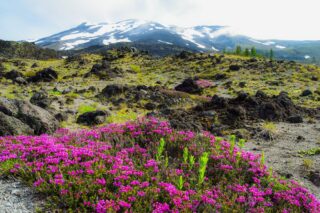 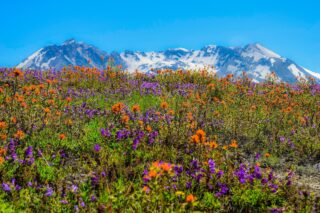 Some recommend starting from the south at Climber’s Bivouac while others choose to start on the northeast side at Windy Ridge. In either case, you need to plan on crossing the blast zone in one push as camping is prohibited between the South Fork of the Toutle River and Windy Pass. Since the most rugged section is on the west side where major washouts require extensive detours and/or scrambles, plan your trip to hit those sections when you are relatively fresh. 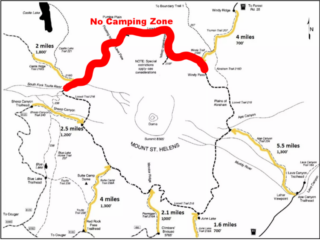 We have decided to do this trip as 2 day backpacking hike, starting from Climber’s Bivouac and navigating the loop clock wise.  We took the Ptarmigan Trail (216 A) to the junction with the Loowit (216).The first area after you start on Loowit  is extensive lava field that could be somewhat hard to navigate. After several miles, trail started heading downhill, all the way to South Fork Toutle River which then you need to cross. In early July, the river was not too bad to navigate. After the river crossing, the trails starts heading back up again in steep switchbacks until meeting up with Castle Ridge trail. Here we enter the blast zone and there is no camping allowed in the zone. The blast zone is about 10 miles long and has to be thru hiked – until you reach the Windy Ridge junction – then you are almost over the hill and out of the restricted zone. There are no designated campsites along the Loowit Trail, but you will surely see signs of previous campsites. Camping is allowed throughout the other sections of the Loowit Trail, including the south side of the South Fork Toutle River, on the east along the Plains of Abraham and other, somewhat less appealing, campsites can be found on the south side. At 23 miles on the first day, we have reached the Plains of Abraham just before sunset and set up campsite. The mountain was quiet, overlooking our tent. 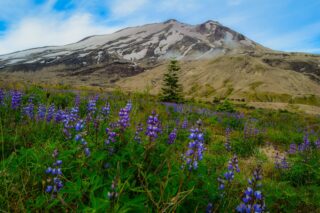 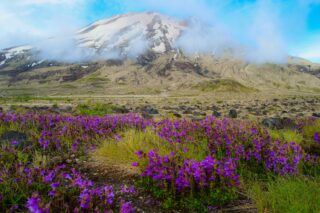 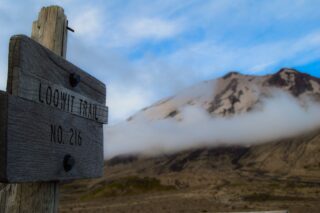 On day 2 we started bright and early and hiked out of the Plains of Abraham just after sunrise. We had about 13 miles to go and we quickly descended towards June Lake. After June Lake, the trail heads up and down until you finally reach the Ptarmigan Trail junction. Now you are at the homestretch. Less than 2 miles downhill and you are back where you started, at the always packed Climber’s bivouac parking lot.

According to USFS Gifford Pinchot, the following regulations are in place for Mount St. Helens. We are not an official source on current regulations, so please consult the official website prior to your trip for frequent road closures. 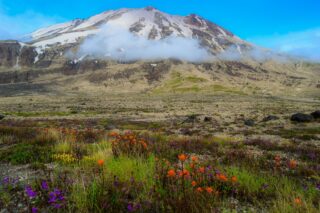 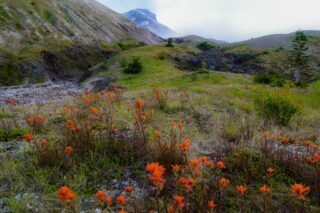 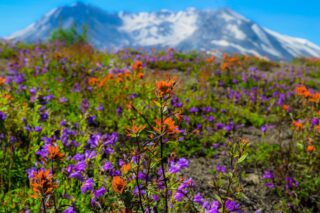 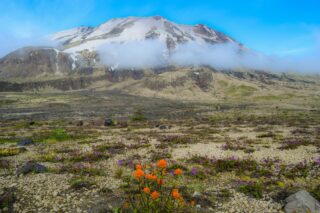